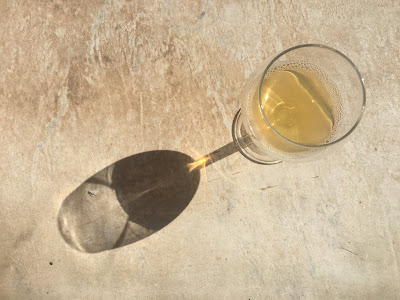 Every morning I woke up at the American Academy in Rome this spring I was greeted by the delicate smell of freshly blooming jasmine flowers. The Academy has a beautiful inner courtyard known to the community as the Cortile. A stone path encompasses the Cortile where several columns stand and act as the perfect home to several jasmine flower vines. Luckily, my bedroom window just so happened to be right above some of the most aromatic vines. 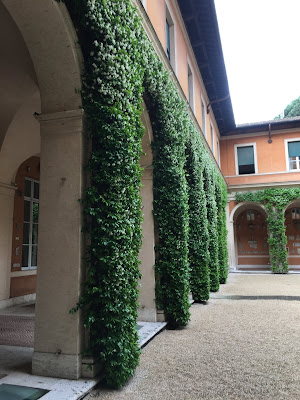 When you enjoy brewing traditional beer styles like Saison, you tend to consider what brewers were doing back in the old days. Knowing that Saison was a beer brewed on a small scale with local ingredients my mind took inspiration from the things that were close to me (physically). I have never brewed a beer with flowers before, but I dove straight in because I was enthusiastic about the potential of this jasmine. It is a common ingredient used in tea and it seemed like a natural fit for Saison yeast.

In developing the recipe I was apprehensive with my use of jasmine. I didn't know what kind of bitterness the raw flowers might impart. In my head I assumed that it would be roughly equivalent to a soft noble hop type bitterness. Opposite that, I also thought about the herbal sweetness the flower might provide. I settled on a value of around 2 g/L of freshly picked jasmine flowers. I chose to steep them as if I were making a tea during a whirlpool addition at ~180 F for 5 minutes. The taste of the wort following the steeping and prior to the introduction of yeast was decidedly floral and slightly tannic.

To complement the jasmine, I first focused on the malt bill. I wanted it to be relatively clean with a soft graininess and subtle, round sweetness. My base was Dingeman's Pilsner, a go-to for my Belgian Saisons. I amped up the sweetness with a little Vienna and Golden Promise. Finally, to add a touch of soft grain character, I included flaked spelt. For bitterness from the hopping, I emphasized a clean touch of Magnum at around 35 IBU's. Amping up the herbal character, I added a moderate amount of East Kent Goldings near the end of the boil. Finally, I chose to blend two of my favorite yeast strains: White Labs 'Belgian Saison I' and Imperial Organic's 'Rustic' to give an expressive yeast character that would still let the malt shine. 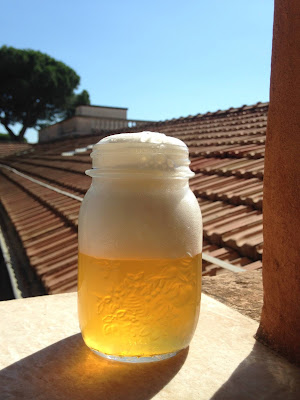 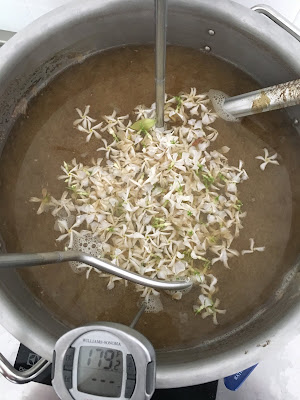 Oxygenation:
Encouraged splashing from kettle to the fermenter